The humpback whale (Megaptera novaeangliae) is a species of baleen whale. It is one of the larger rorqual species, with ranging in length from 12–16 m (39–52 ft)[4] and weighing around 25–30 t (28–33 short tons).
The humpback has a distinctive body shape, with long pectoral fins and a knobbly head. It is known for breaching and other distinctive surface behaviors, making it popular with whale watchers. Males produce a complex song lasting 10 to 20 minutes, which they repeat for hours at a time. All the males in a group will produce the same song, which is different each season. Its purpose is not clear.
Found in oceans and seas around the world, humpback whales typically migrate up to 25,000 km (16,000 mi) each year. They feed in polar waters, and migrate to tropical or subtropical waters to breed and give birth, fasting and living off their fat reserves. Their diet consists mostly of krill and small fish.
Like other large whales, the humpback was a target for the whaling industry. The species was once hunted to the brink of extinction; its population fell by an estimated 90% before a 1966 moratorium. While stocks have partially recovered to some 80,000 animals worldwide, entanglement in fishing gear, collisions with ships and noise pollution continue to affect the species.

Material: Resin
Dimension: 90 × 60 × 40 mm
Process: Hand molding
* Hand-made, the resin may have hand marks such as bubbles and scratches, but it will not affect the look and feel.
* Made by order and will be shipped 10 days after the order is received. 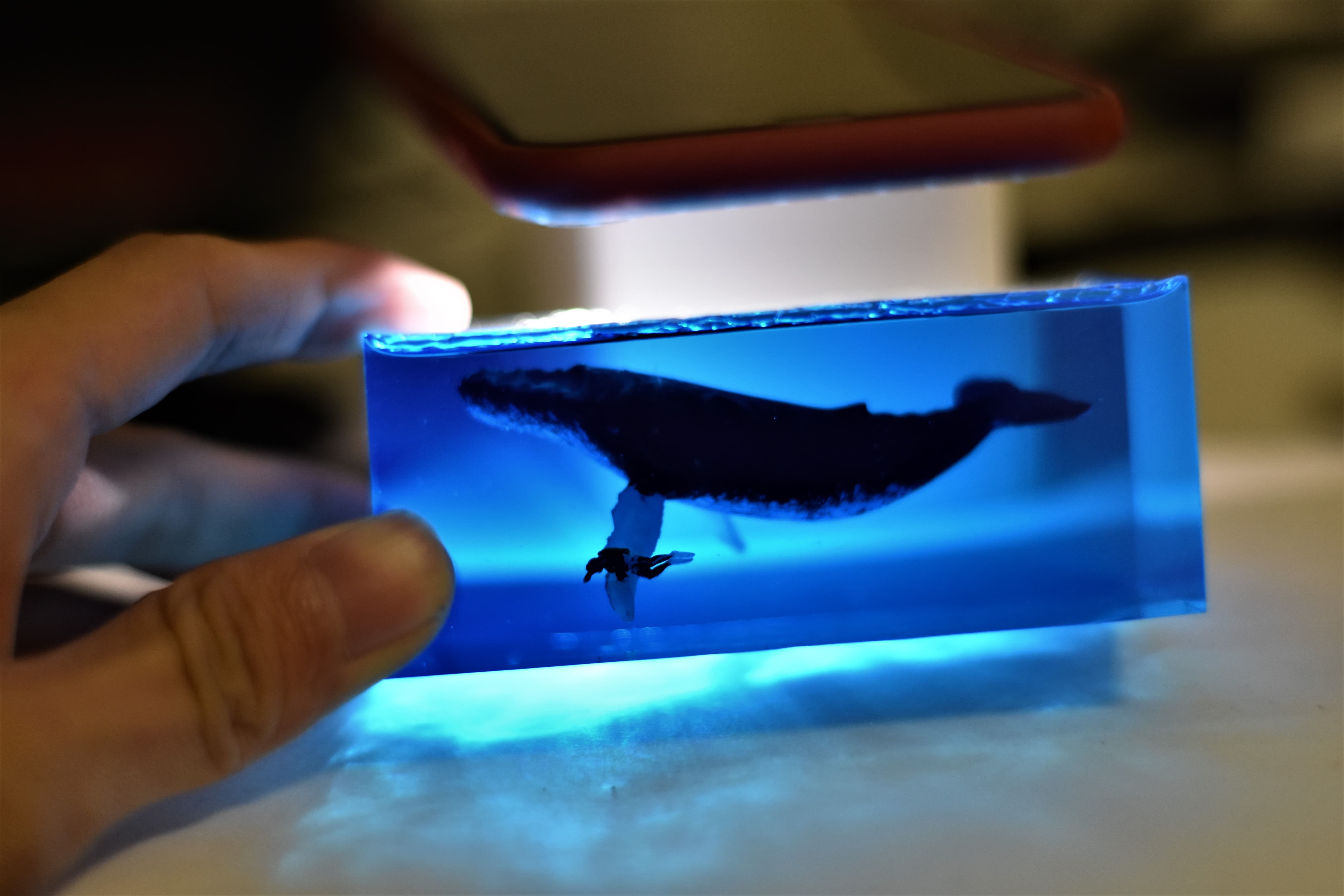 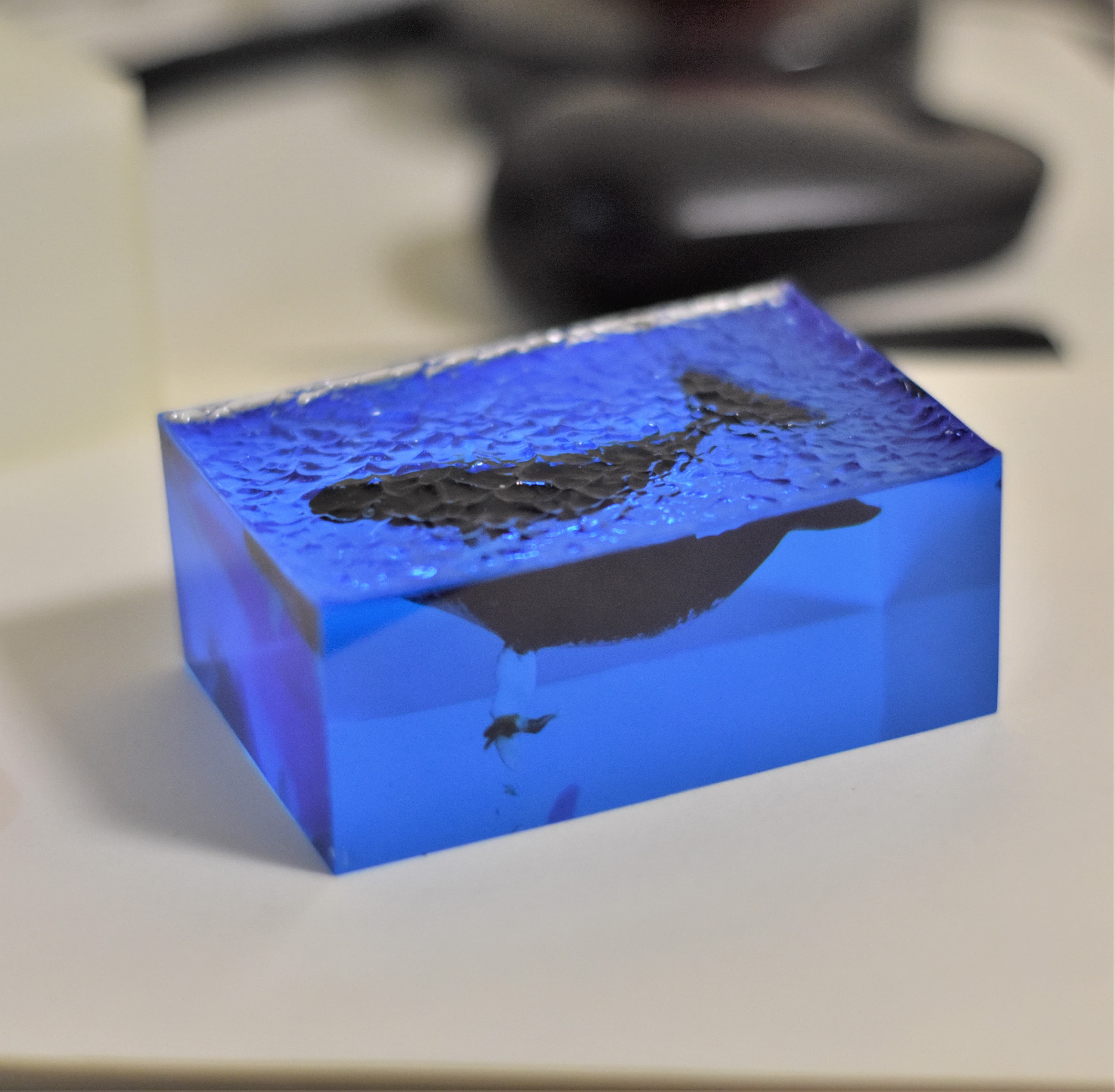 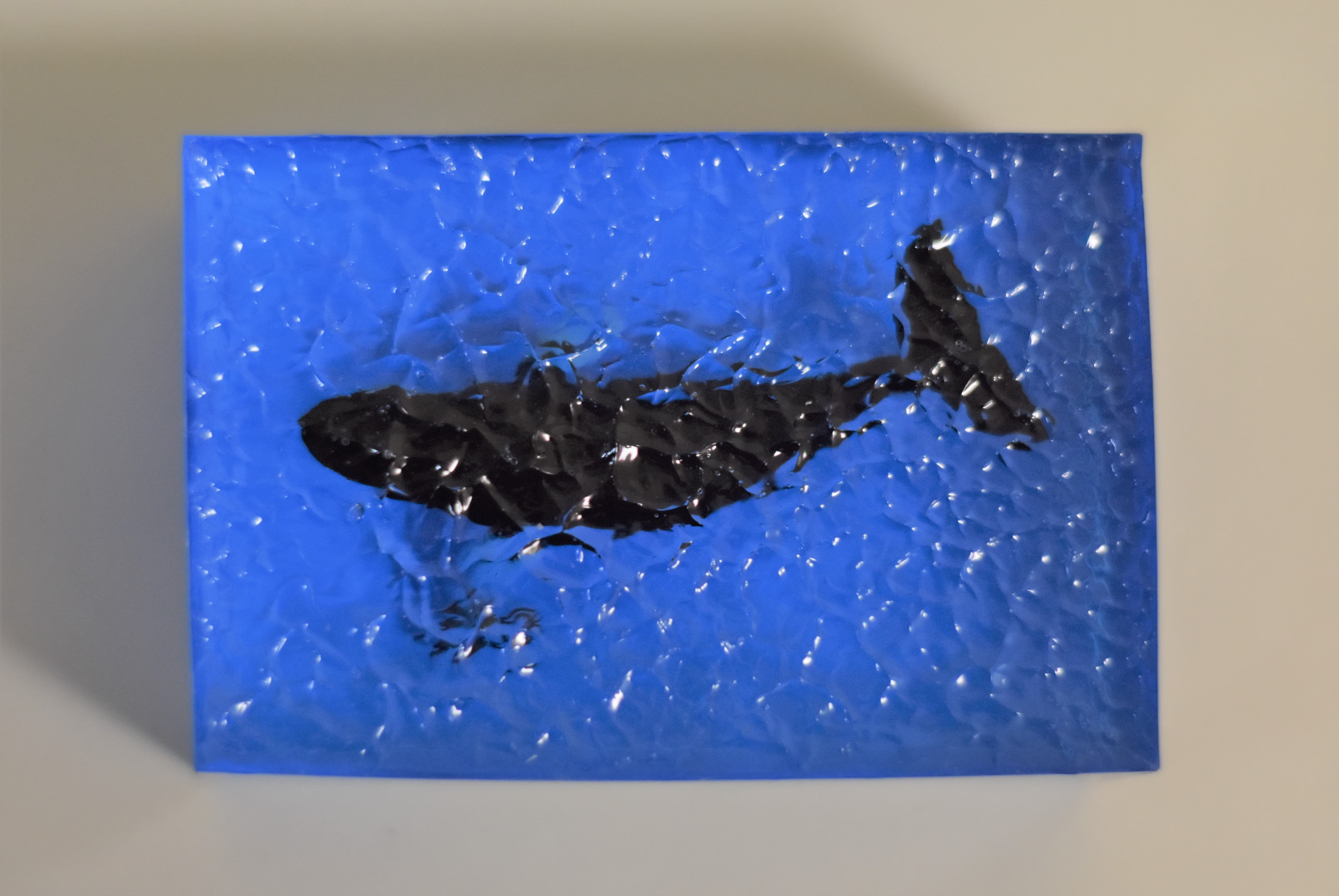 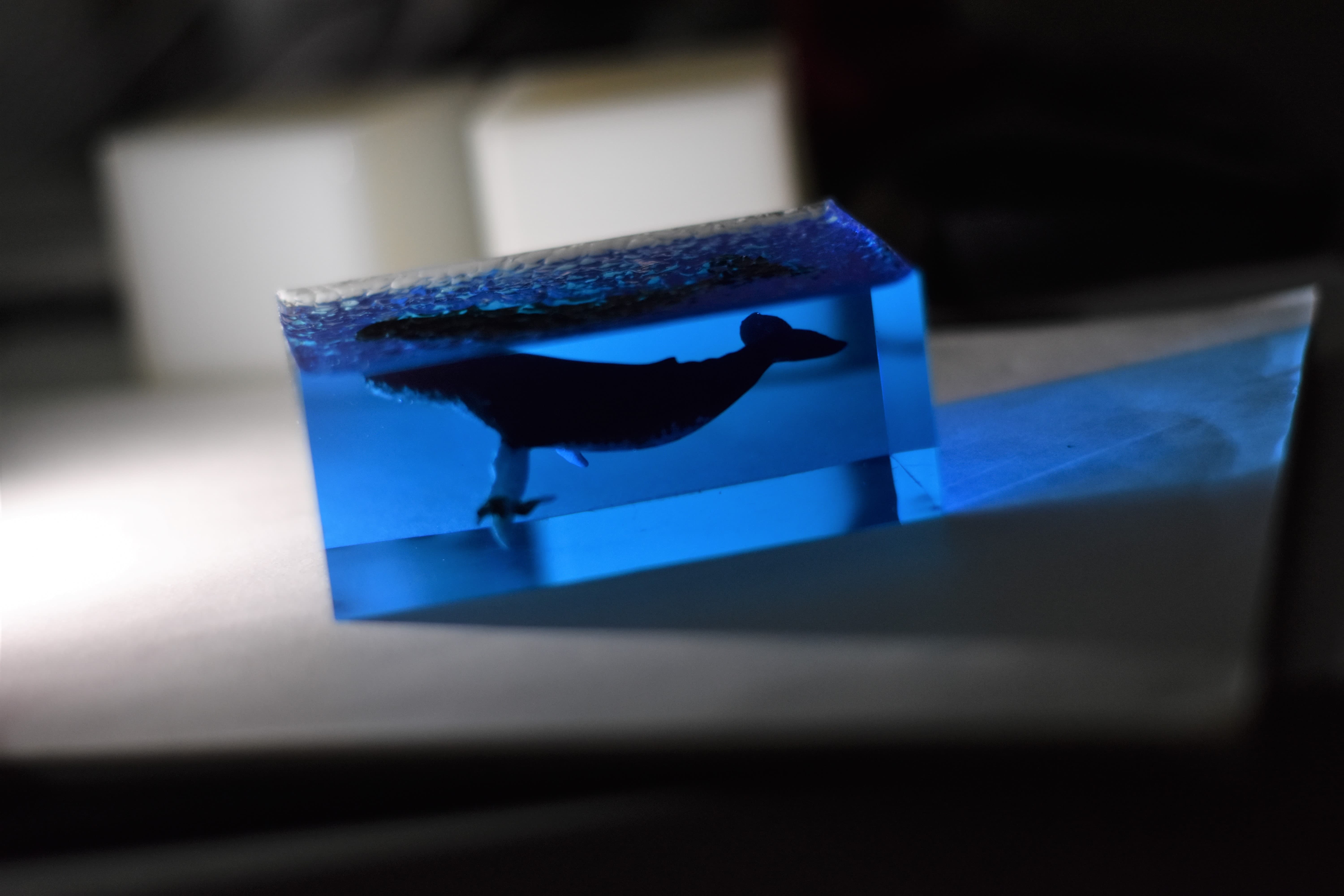 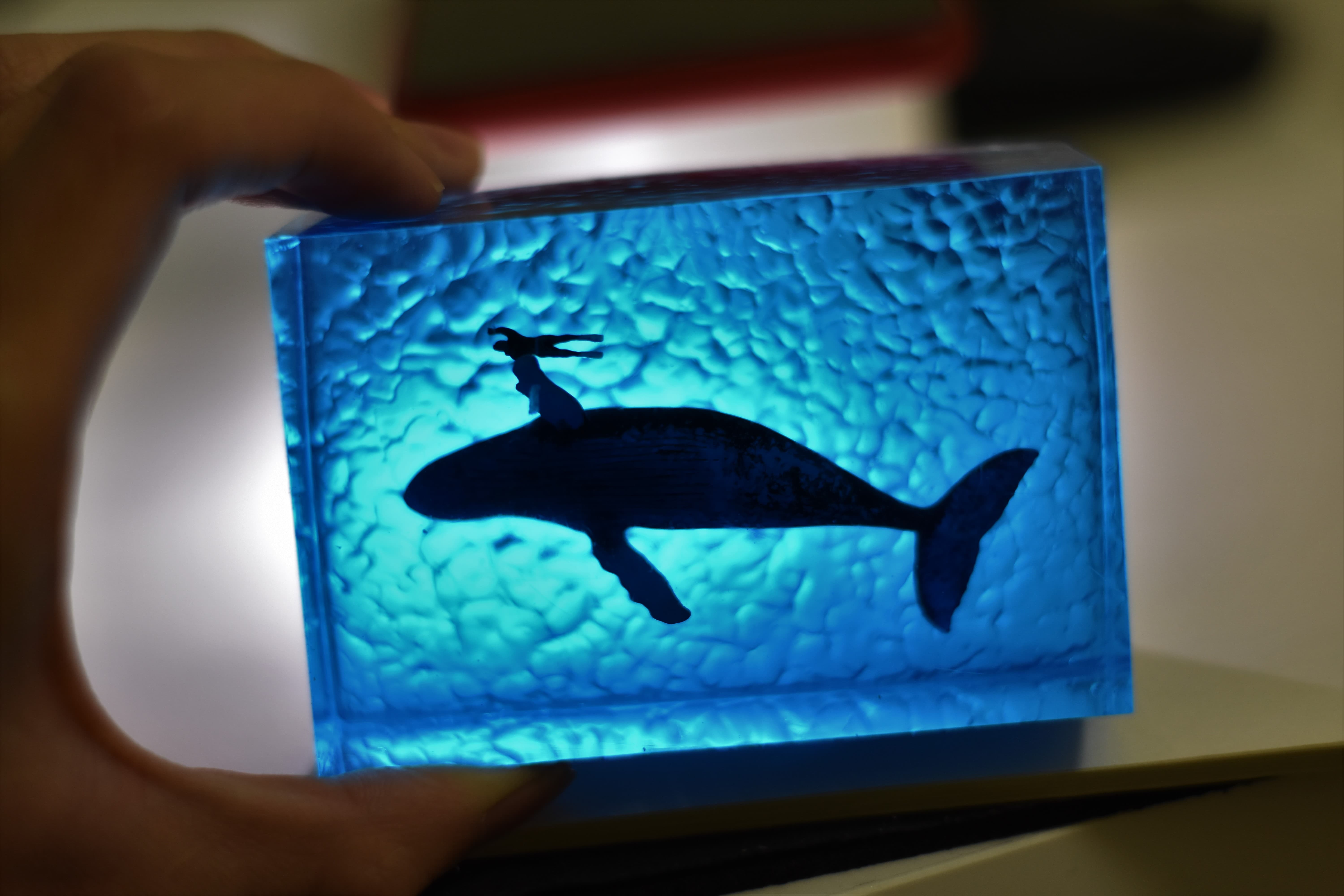 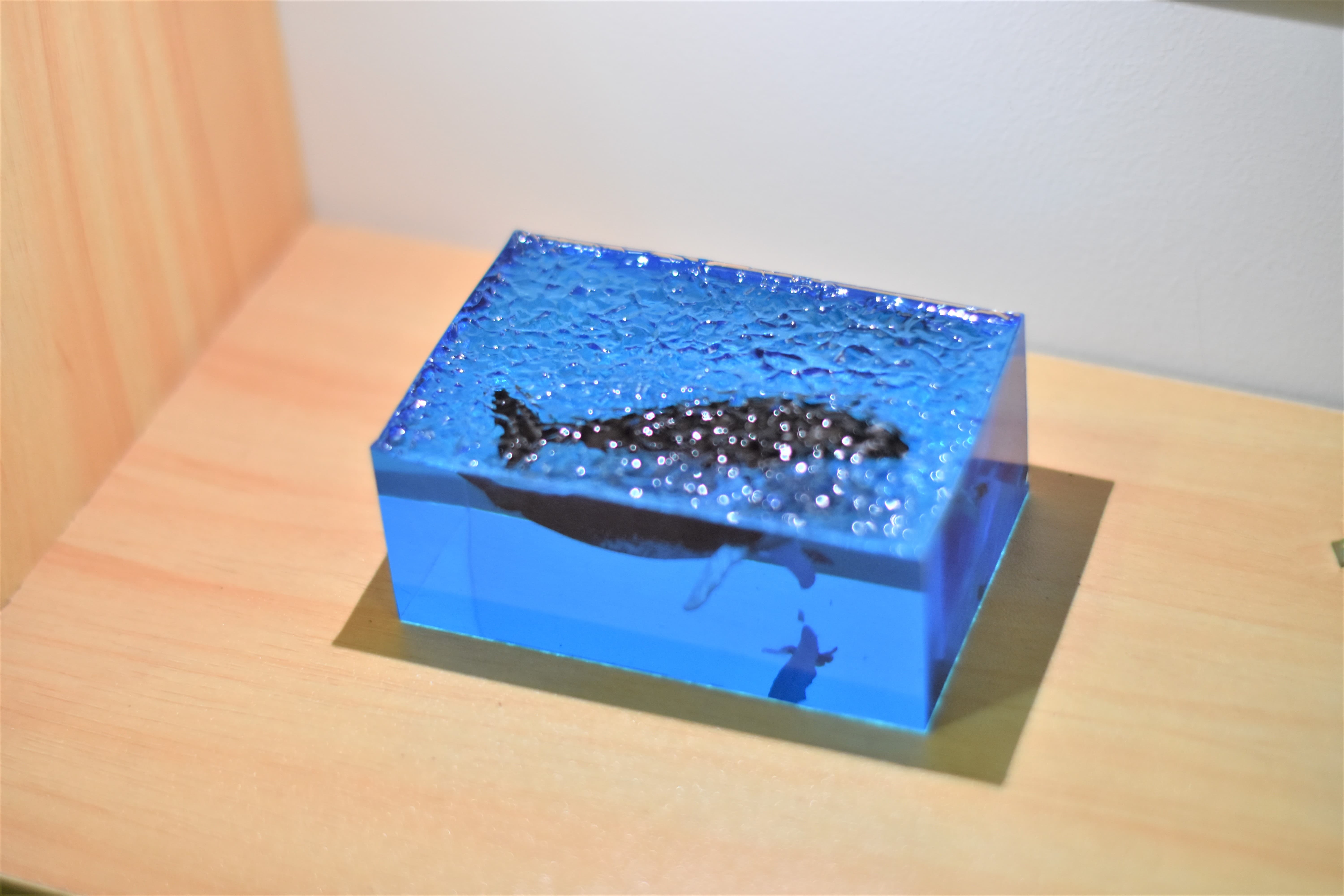 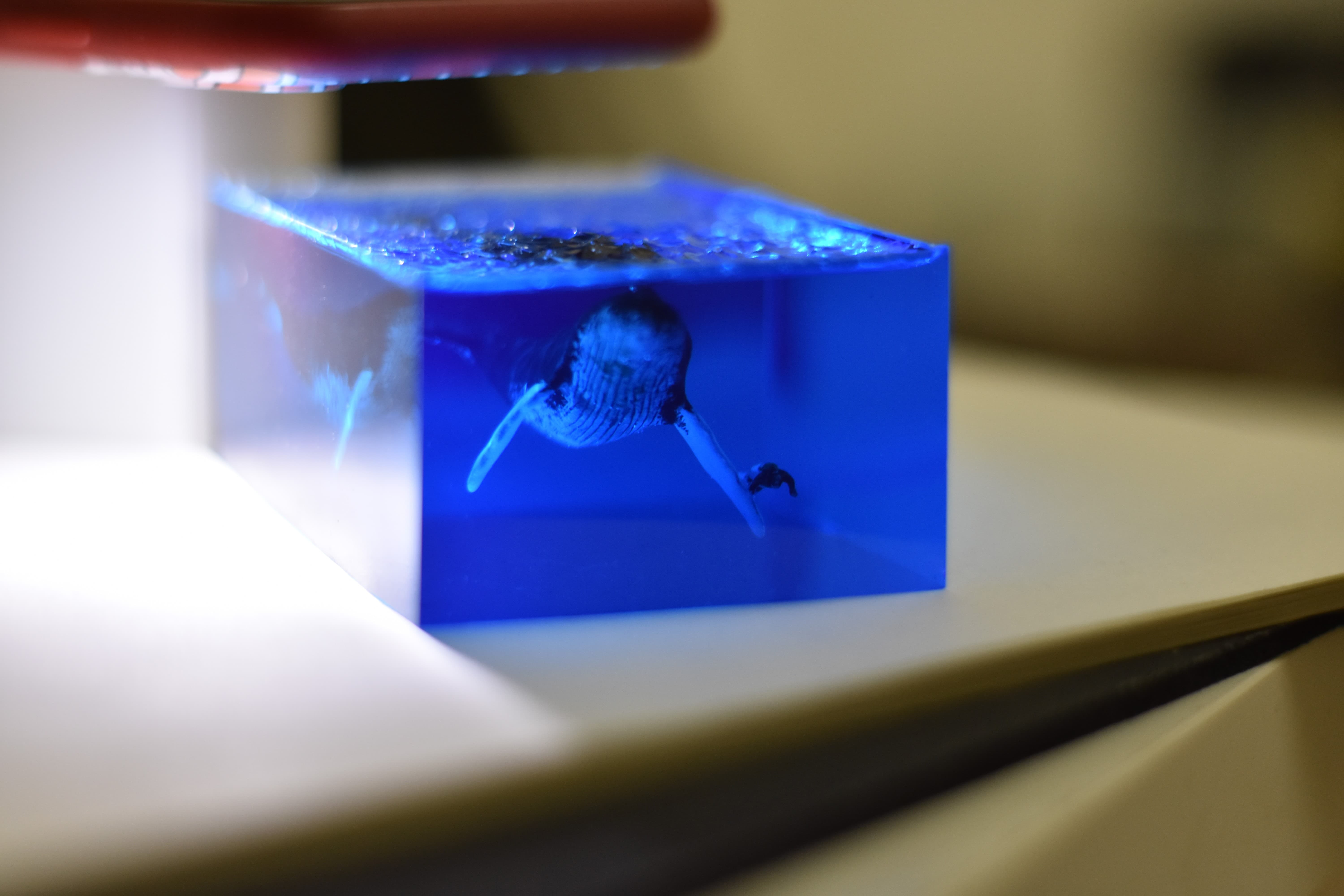 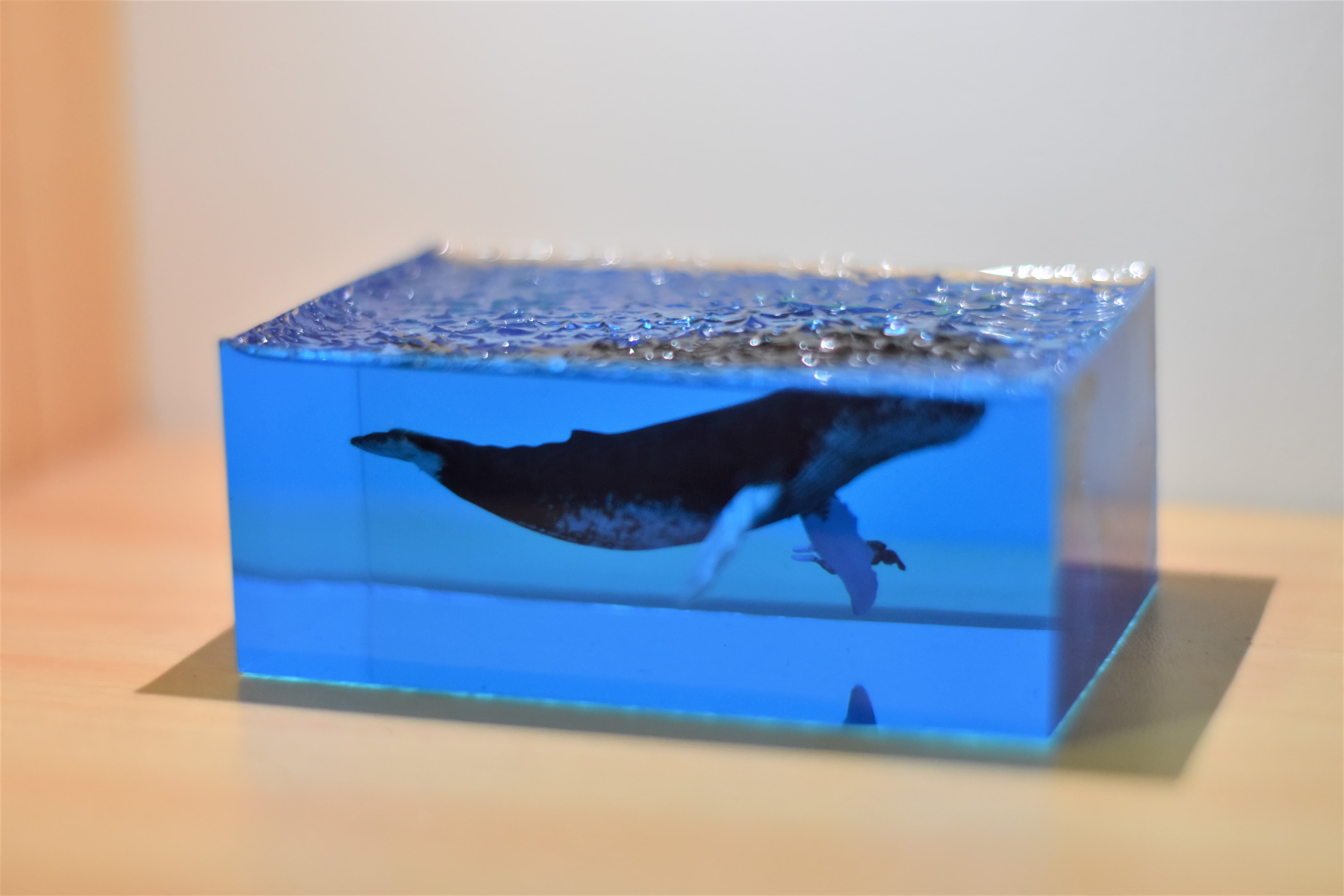 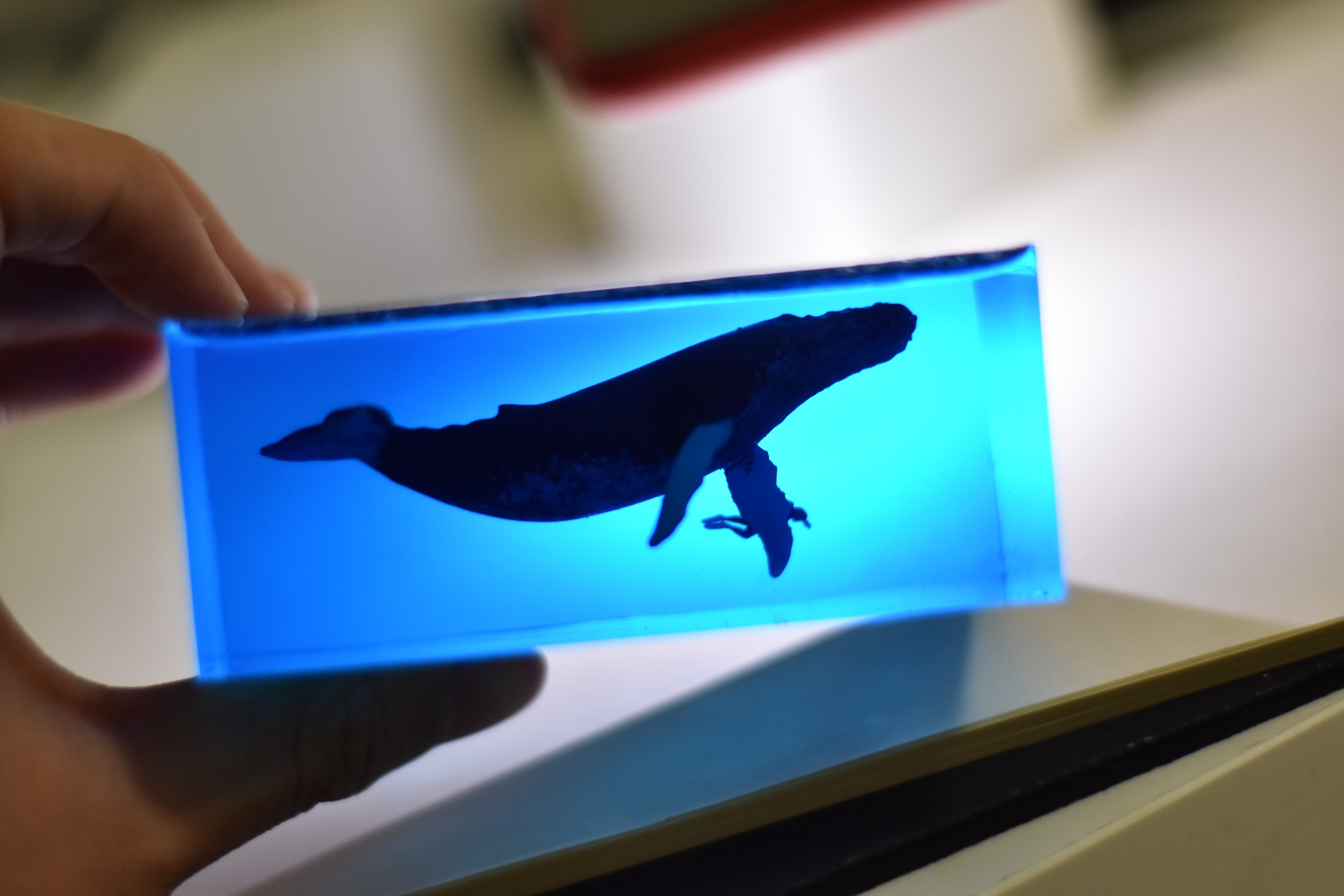 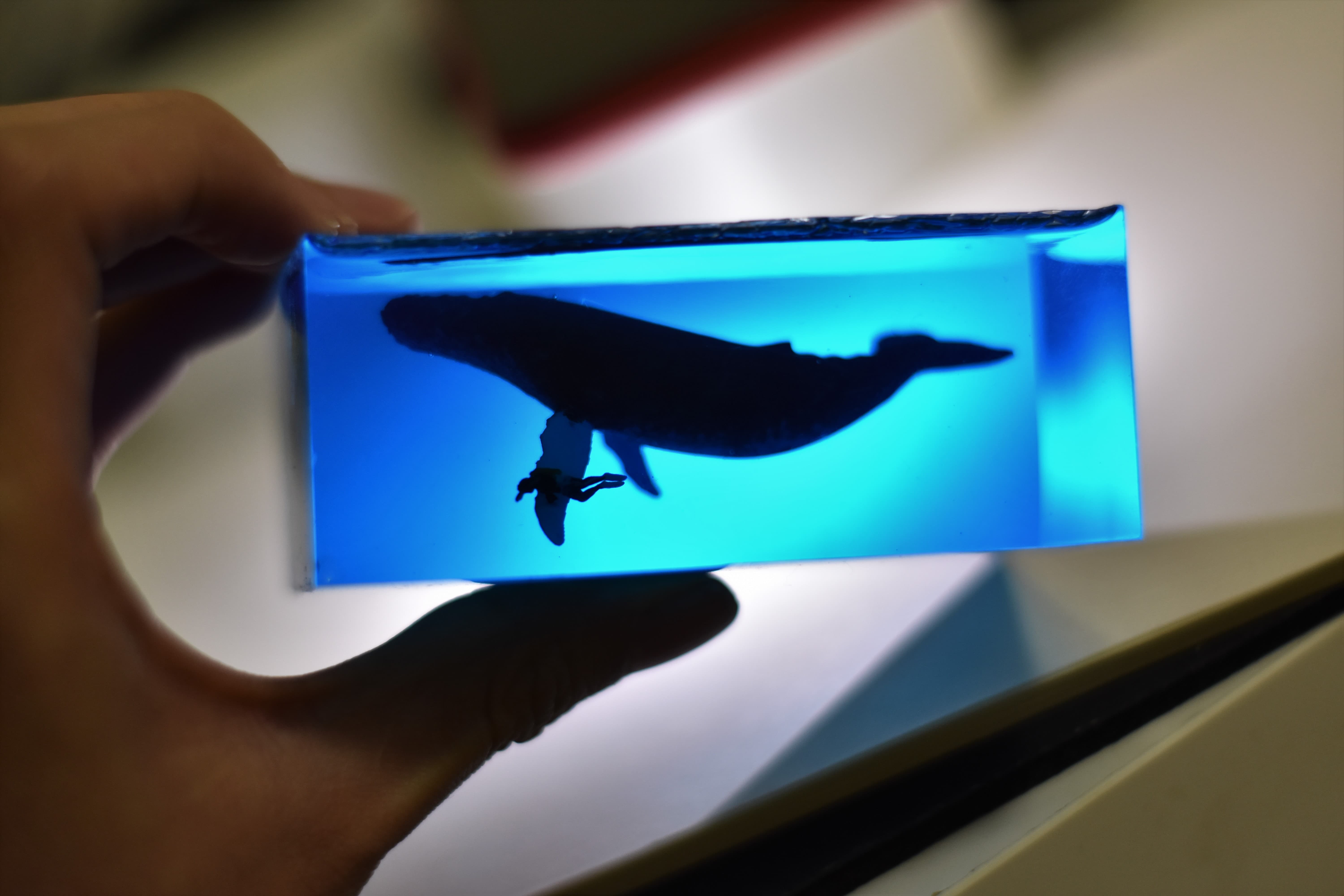 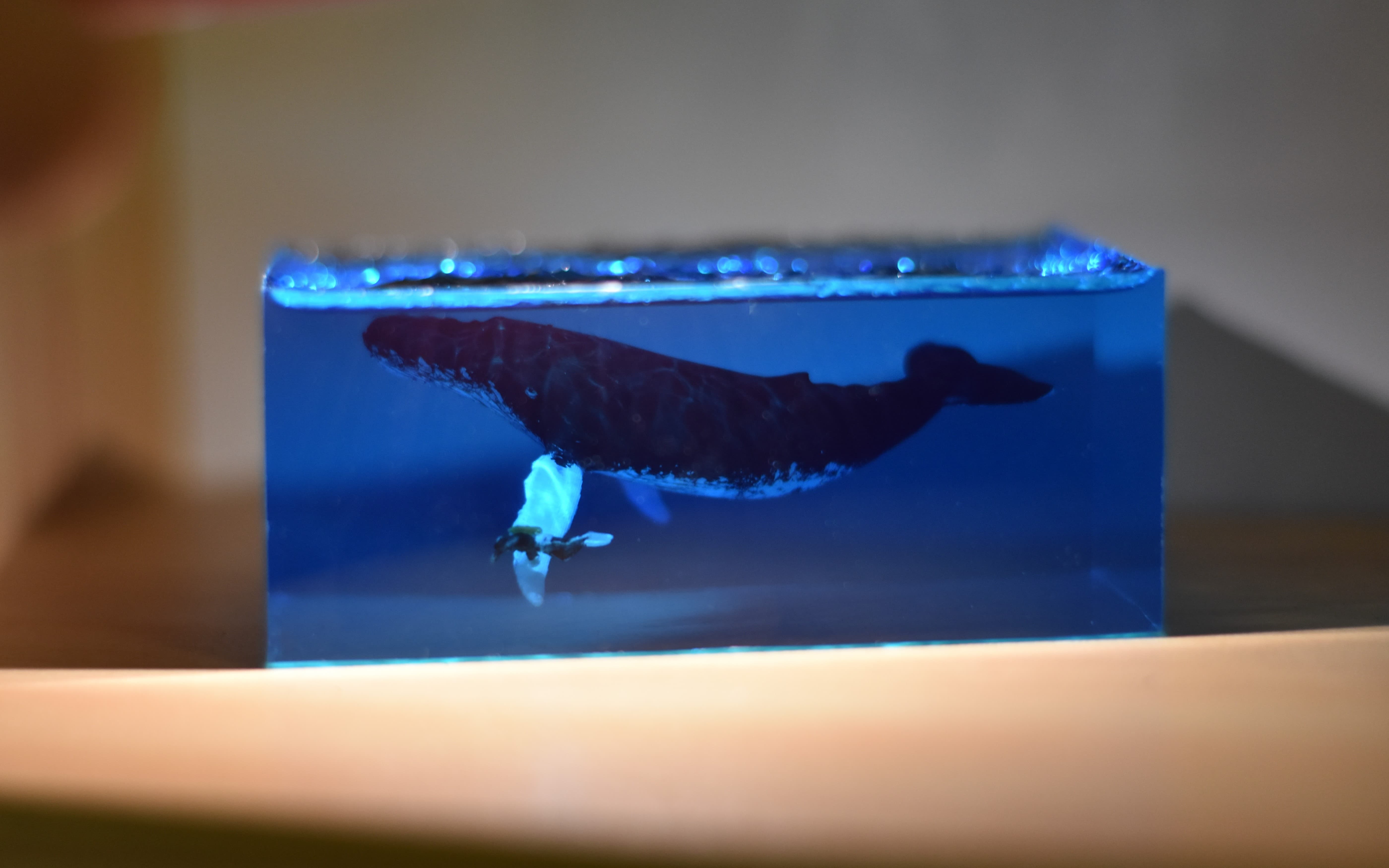 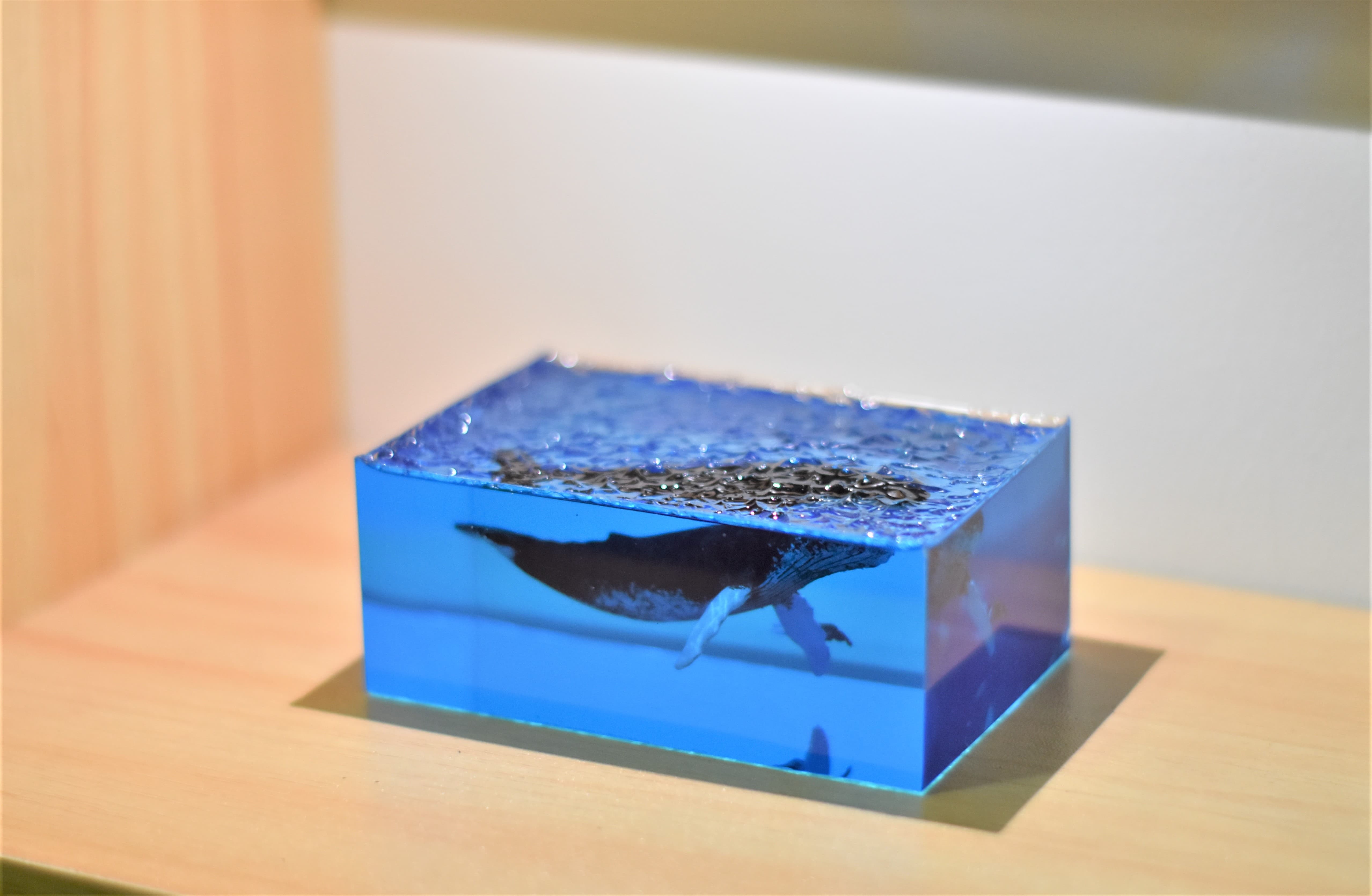 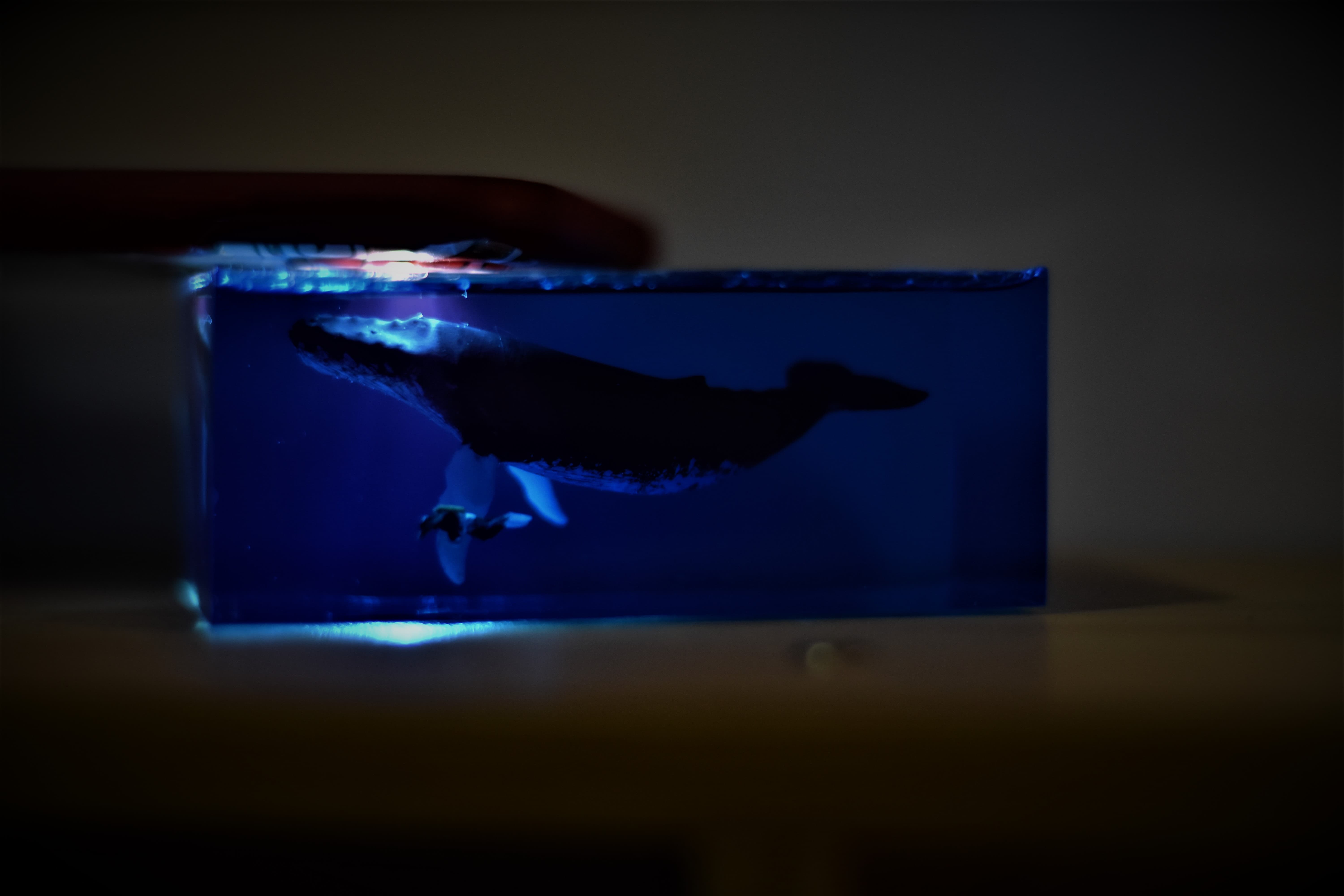 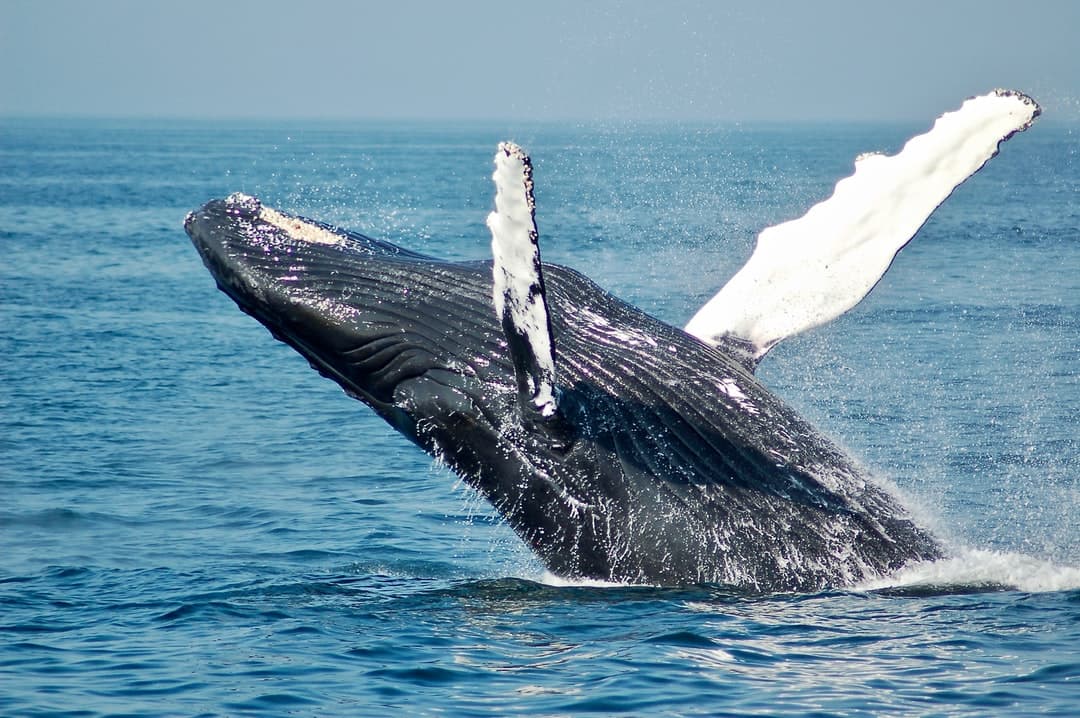 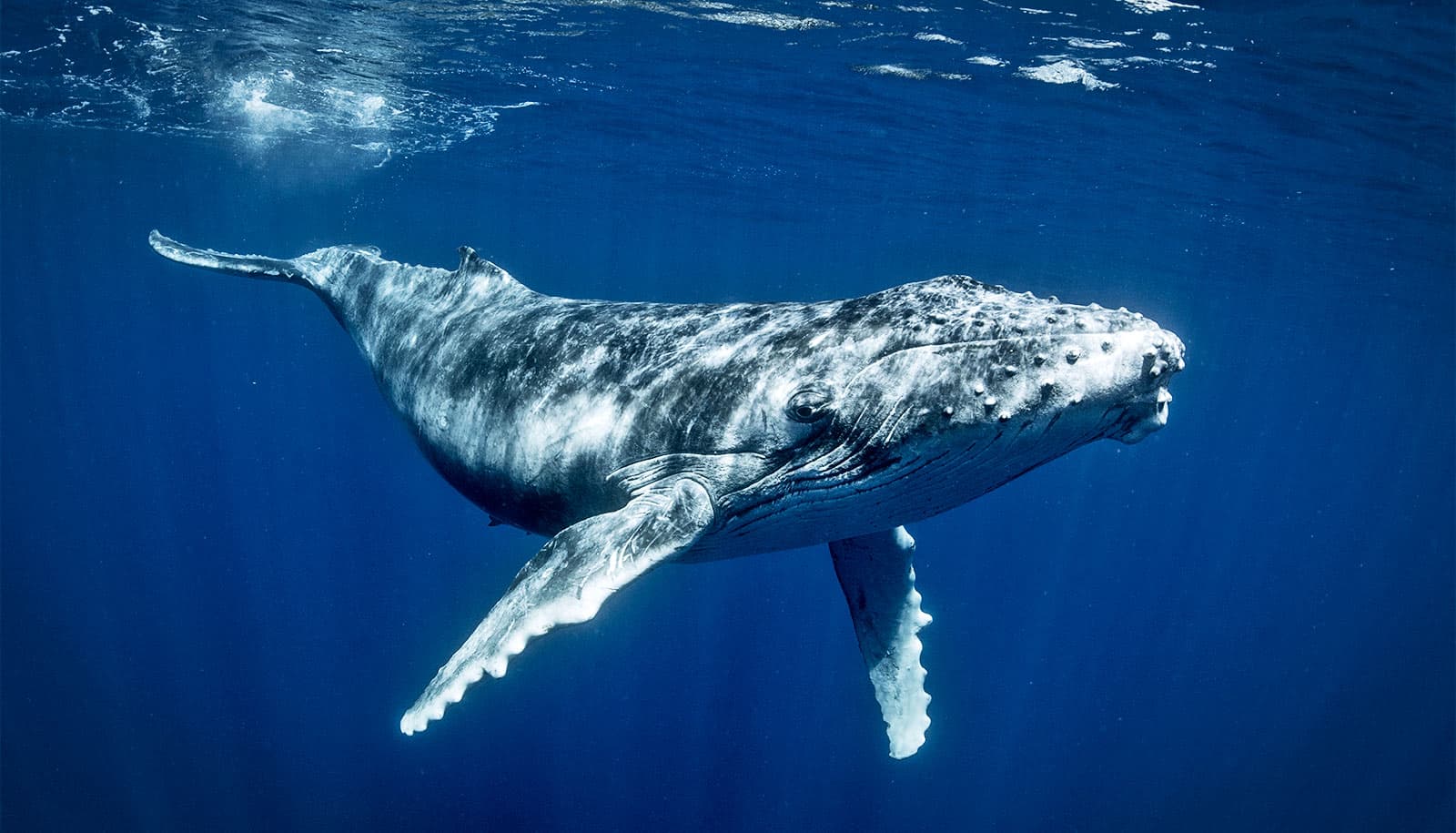 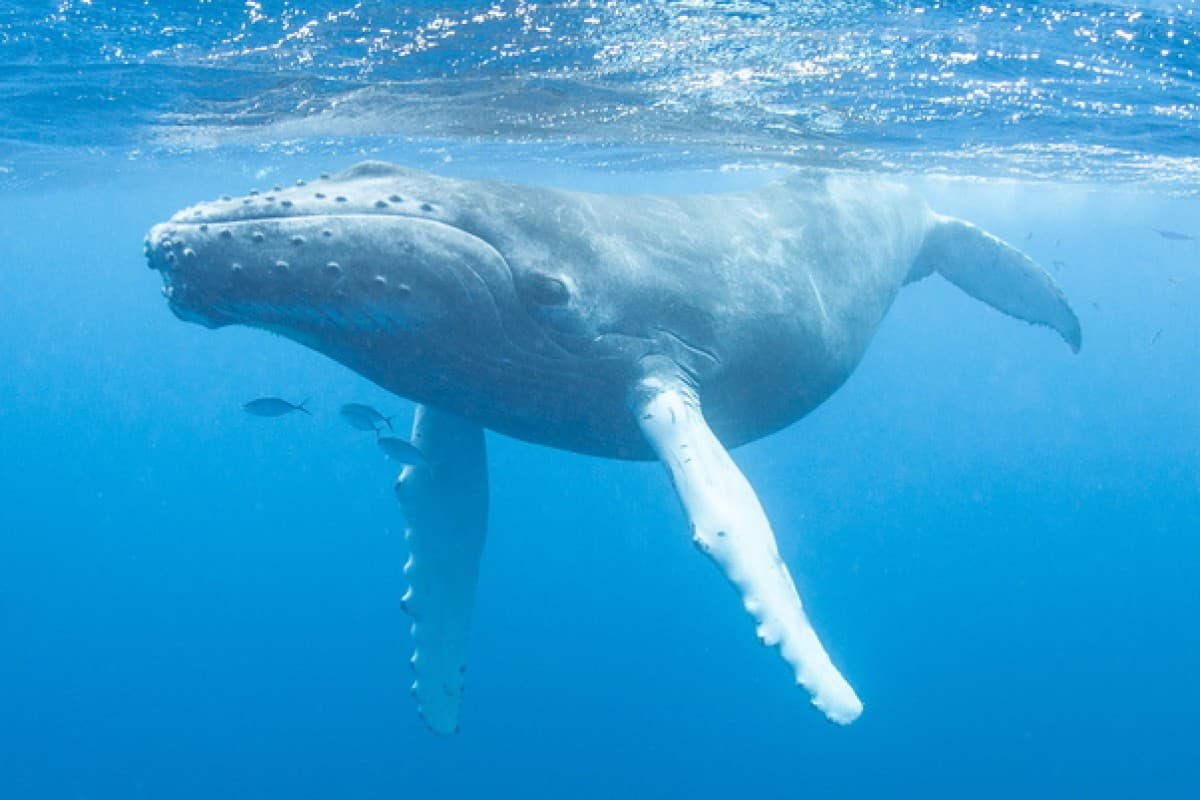